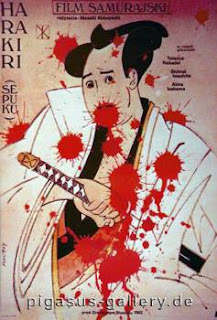 From answer.com: While the voluntary seppuku described above is the best known form, in practice the most common form of seppuku was obligatory seppuku, used as a form of capital punishment for disgraced samurai, especially for those who committed a serious offense such as unprovoked murder, robbery, corruption, or treason.Depending on the severity of the crime, half or all of the deceased's property could be confiscated.

In later years, Japanese officials would sometimes commit hara-kiri to protest a superior's decision. Like self-immolation, hara-kiri is meant to attract attention and show a willingness to sacrifice oneself for a greater cause.

From at least the 15th century, the Japanese emperor employed hara-kiri as a punishment, sending a messenger to give a ceremonial dagger to the person he wanted dead. The unlucky recipient had no choice, of course, but because the death was self-inflicted it was considered more honorable than ordinary execution.